The Artificial Intelligence explained to my grandmother

Précédent Suivant
The Artificial Intelligence explained to my grandmother

Another example of machine learning is movie recommendations.

The idea of Artificial Intelligence is to create a machine that thinks, work and react like a human.

Machines can’t think like humans do, but they can beat human players.

For example, Deep Mind’s AlphaGo is an AI system (which uses artificial neural network algorithm) that was able to beat some of the best Go players in the world. Basically, it was used many game moves to train the AlphaGo. Hence, AlphaGo learned how to play the Go game. In fact, the new version of AlphaGo, called AlphaGo Zero, learned by trying out moves to see if they worked. It rediscovered 3,000 years of human knowledge of the Go game in just 72 hours and was able to beat the Go grandmaster Lee Sedol in three days.

In machine learning, there are two types of learning: supervised and unsupervised learning.

In fact, supervised learning is fast and demands less computational power than other training techniques because it requires training data what are examples of what you want it learns.

There are three types of layers: input, hidden, and output layer.

How it works ? The input layer receives the input data such as images, data or audio. This data and images are passing it through these layers that perform simple computations until the output layer give us the « class » of the object in the photo. So, using this algorithm and the input data, the deep learning system is able to recognize general patterns to predict the class or predict a value. 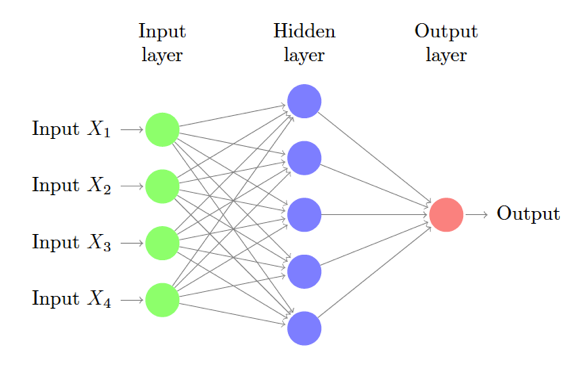 Basically, each input neuron receives a part of the data such as a part of an image. In fact, an image is a matrix that has the numerical value of each pixel. So, this matrix is the input data. Then, this data goes through the layers in order to find patterns. Then, the output layer predicts its “class”.

Deep learning can be used for self-driving cars.

Fig. 3 shows how deep learning was used to combine a photo with the Van Gogh’s style. 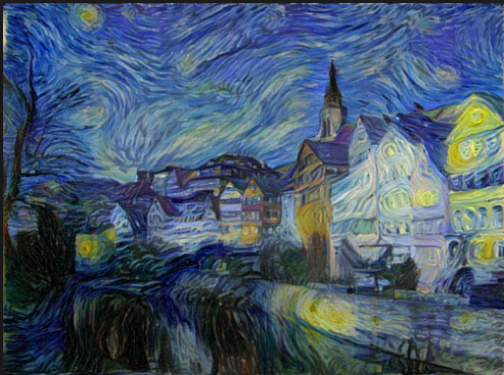