With 5G Technology the digital transformation will get under way in cities, industries and homes. Connected objects and sensors gradually invade economies and people’s daily lives. The Internet of Things (Iot) could be the beginning of a new era comparable to that of electricity and the combustion engine, with in the key, benefits and disruptions economic and societal on a large scale. The arrival of billions of connected devices could force stakeholders to adapt current policies and rely on innovation and technological neutrality to achieve their goals in sectors such as health and transport. Among the operators in the Internet of Things we count: Intel, Schneider Electric, Google, IBM, STMicroelectronics …

Connected objects are electronic objects connected wirelessly, sharing information with a computer, tablet or smartphone… and able to perceive, analyze and act according to contexts and our environment. Connected objects have yet long life ahead! T-shirts, watches, shoes, glasses…, high-tech objects, also called smart, invade our households. Today being an integral part of our daily life, their usefulness is inseparable for the practical, recreational and technological side. 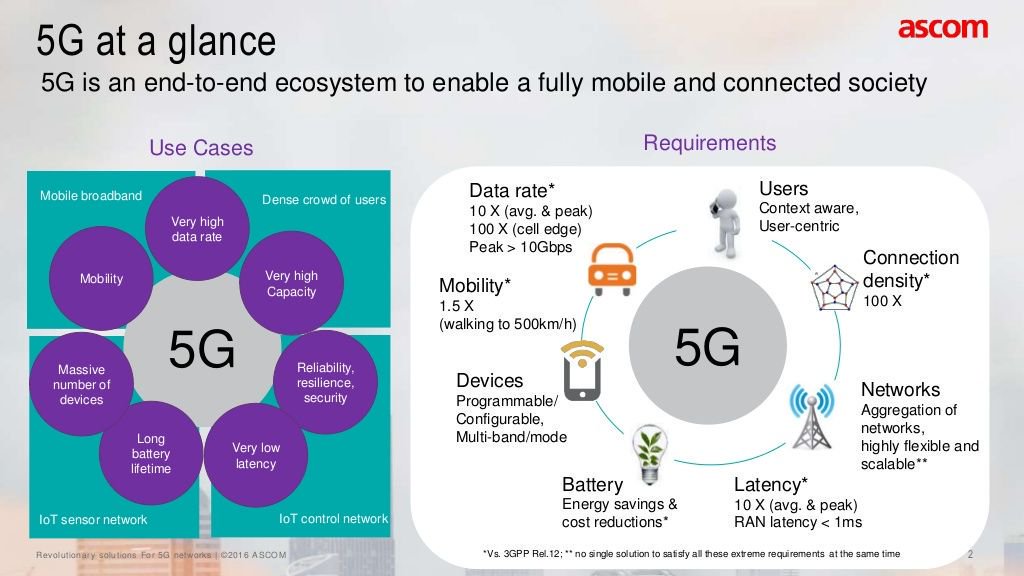 Nowadays 5G technology is a technology that can allow the rise of the Internet of Things and the development of connected objects with higher frequencies and very high speed.

5G is not a disruptive technology that will change everything around from one day to the next, but a set of technologies that will progressively evolve, and coexist with a change in 4G, knowing that the latter will not stop its development so far (ARCEP: The Electronic Communications and Postal Regulatory Authority). 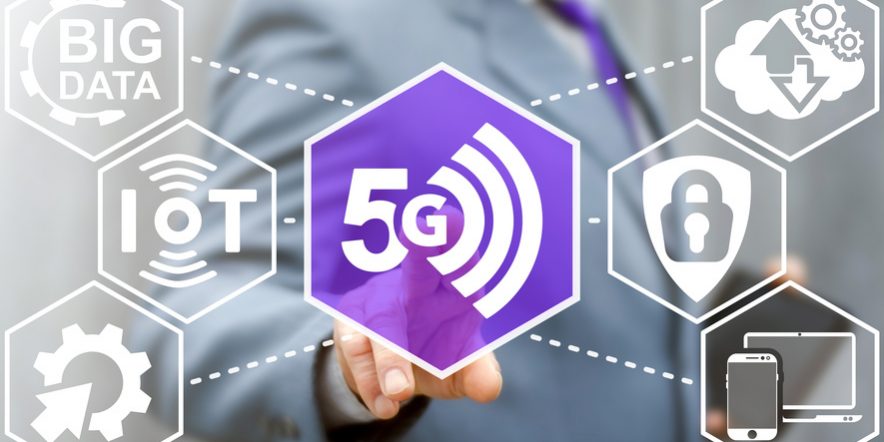 The key technology of 5G lies in the use of higher spectrum frequencies, compared to those currently affected. 4G and its predecessors have used roughly frequency bands below 6 GHz. The 5G pledges the use of a broad spectrum of 30 to 300 GHz, the so-called millimeter waves.

The millimeter waves are double-edged. On the one hand, they allow higher flows. On the other they have a shorter reach, hence their name. As a reminder, this explains the battle for the « golden frequencies » of 4G. The lower the frequency is, the better the range, and especially the penetration through obstacles such as walls is. The 5G will therefore use these millimeter waves, but will also use frequencies below 6 GHz to allow a wider deployment. ARCEP mentions the band 3,4 – 3,6 GHz which would offer a large quantity of the spectrum. The reallocation of frequencies already used by 3G and 4G are studied, but more complicated. The 700 MHz band could play a role here. 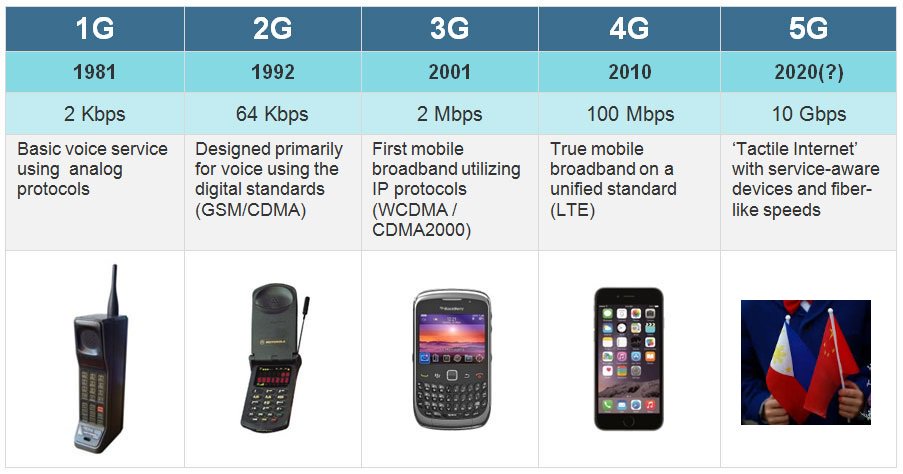 Bridging the smaller millimeter-wave range requires the use of smaller cells and using techniques such as Massive Multi In Multi Out (MIMO) to multiply capacity and the “beamforming” route  intelligently channel signals to devices.

In theory, 5G brings substantial improvements in three areas: flows, latency and density. These three objectives are in competition, and the 5G technologies aim at trying to provide the best possible answers, knowing that we can not satisfy them simultaneously. The network slicing would be using a software architecture to adapt to the different needs of a device, according to these three parameters (latency, flow and density). 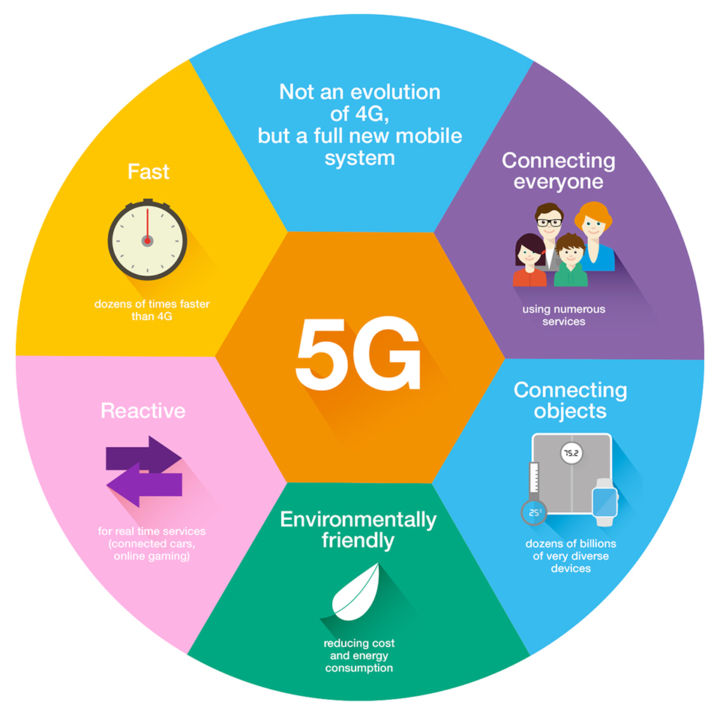 The most obvious contribution claimed by 5G, and which stems directly from the improvements offered by previous generations, is the promise of even higher flow rate. It’s a natural evolution: the uses change, the 4K will not delay in generalizing itself, the 8K will follow, the streaming becomes the norm in terms of video, and will become popular on more and more domains like the cloud gaming or virtual reality. So many uses that demand more speed to take down the border, which is no longer necessary, between our fixed and nomadic devices. The 5G pledges speeds around at least 100 Mbit/s average perceived by the user, which can get much higher in the best case. We are talking about a maximum of 20 Gbit/s. Obviously, as for 4G, everything is in « the best case ». One can argue that we do not necessarily need such flows for mobile use. As it is currently conceived, perhaps not, but thinking broadly, with devices that break down the boundaries between smartphone, tablet and PC, the cards are reshuffled. And in the end, the 5G, it is also a means, to fight against the digital desert and to bring the very high speed in the countryside where the fiber does not pass. 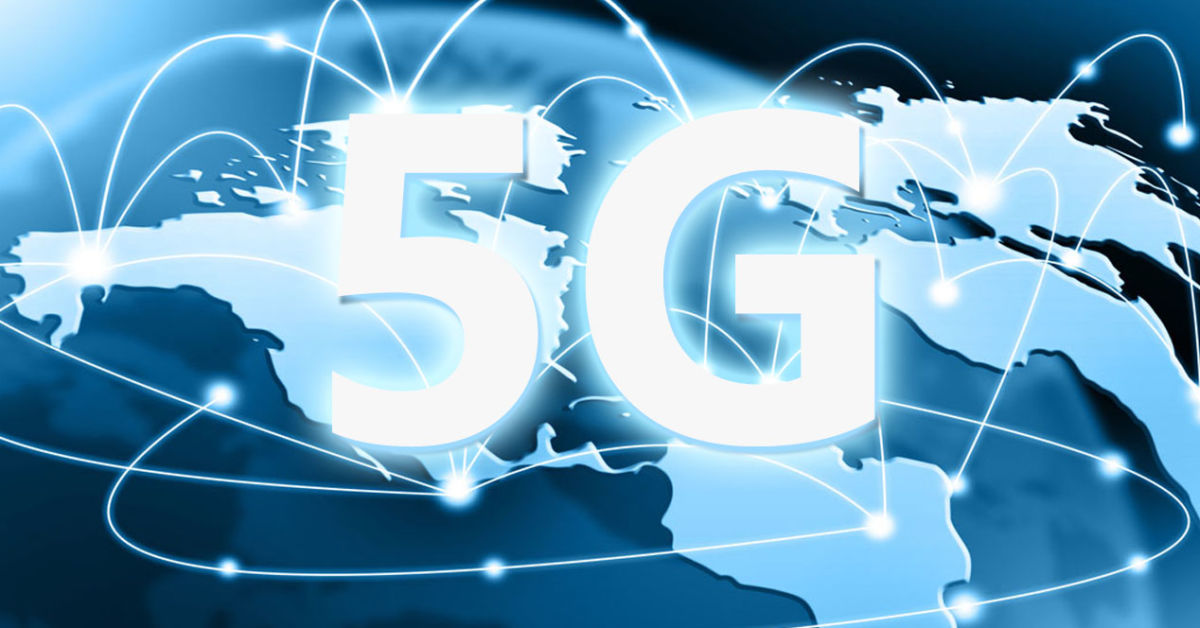 More than the constantly increasing bit rate, it is probably on the reduction of latency that the 5G could really make the difference. It would go from 10 to 1 ms . The flow obviously  has an importance for the downlink transmission of data. The latency, opens perspectives on the interactivity which can completely upset the uses, professionals, in particular.This is obviously a bargain for autonomous driving. Ultra-low latency can also provide solutions for digitizing industry or medicine: telesurgery is one of the objectives.

Last major promise of the 5G, ultra connectivity allows a greater density of devices connected to the km². Here, the most obvious use that we see is the Internet of Things. Here, the aim is to be able to multiply the devices with low consumption, and requiring reduced flows, in very large numbers on the same zone. We think of all uses connected home type that could benefit from this gain without overloading the network. 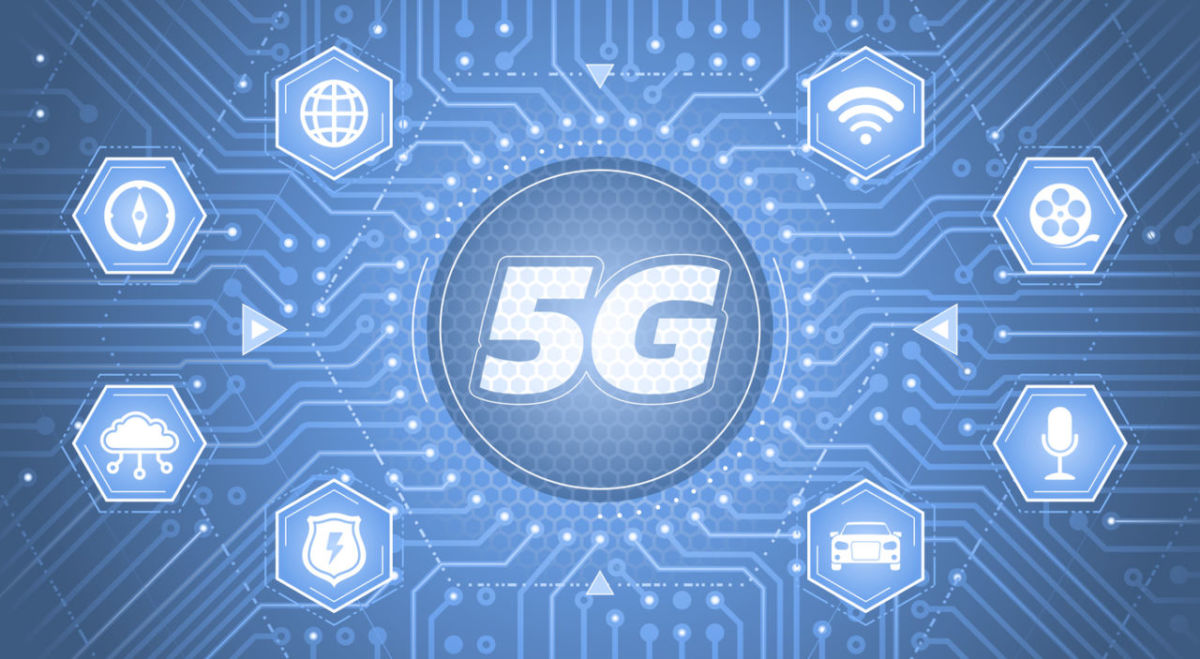 Augmented Acoustics, a start-up founded four years ago, hopes to « improve its business model thanks to 5G », says its president Stéphane Dufossé. The French start-up is already marketing its Supralive solution. Thanks to this one, it is possible to listen to a high-definition event (concert, sport, theater, …) via its own headphones and adjust the sound as desired. An application, very easy to use, allows to adjust separately the sound volume of each instrument. Thanks to ultra-robust connectivity at very low latency and the slice network provided by the 5G, Augmented Acouctics can offer its solution to an unlimited number of users simultaneously. « They will just have to get their headsets and install the Supralive application, » says Stéphanie Plasse, the co-founder and marketing director.

Another industry to benefit from 5G: the video game industry. The start-up Ethereal Games has developed for the 5G Smart Campus a game showing simply the benefits of 5G in terms of speed. With the game « Tomatron », players must throw a ball by sliding a platform. While some players are in 5G, others only enjoy a simple 4G connection. It is then much more difficult to move the platform, and the losers are almost always in 4G connection…

One of the use cases for the general public will be the broadcasting of images in 8K. « Today, it is impossible to have a broadcast in 8K because the required bandwidth is much too important, » says Bernard Fontaine, director of technological innovations at France Televisions. But at the Nokia 5G Smart Campus, France Televisions broadcast images in 8K on a TV with a 5G bandwidth. The TV can also « broadcast simultaneous 36 channels in HD on the screen, or all channels of TNT, » says Bernard Fontaine.

Finally, Nokia is participating in smart city projects on this topic. For example, as part of Paris2Connect, Nokia will install 5G in a Parisian avenue so that the RATP can test autonomous shuttles. The idea for the partners is to find out whether it is cheaper to equip the infrastructures to make them communicate with the vehicles or to equip more vehicles without connecting the infrastructure. 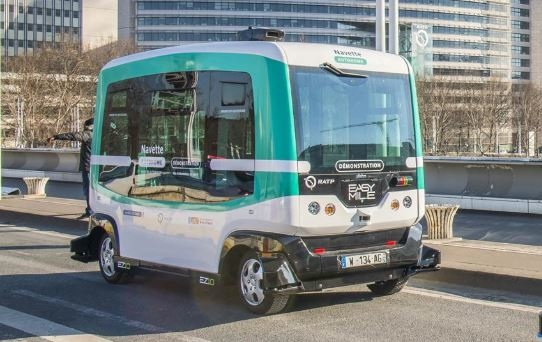 The sky is not the limit, it is just the beginning. Dream big, work hard and achieve it. #DIGITAL #UXDESIGN #SEO #EBUSINESS #IA #IOT #MBAMCI