What is immune engineering and when was it first used?

Considered a radical treatment that could change the fight against cancer, immune engineering involves the patient having T cells which kill the cancerous cells and cells infected by the cancer, while not affecting the healthy cells. It was first used in June 2016 on a cancer patient named Layla Richards, a 12-month old baby in Great Ormond Street Hospital, London who was desperately ill with leukaemia. The girl had no more T cells and a doctor from the hospital contacted Cellectis, a biotechnology company based in New York to ask for a special vial where T cells can be reproduced in Layla’s system. Despite the huge risks connected with giving the vial (since the drug had only been tested on mice and if it had failed, could have resulted in a huge drop in the company’s stock and name), Cellectis agreed to try it out on Layla. The results were to send shockwaves around the world: only five months later, Layla was completely cured. 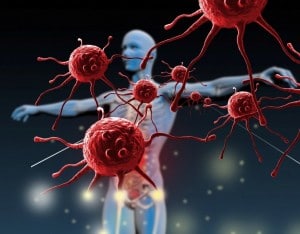 How does immune engineering work?

The human body consists of a natural immune system of cells which kills any foreign bodies found. One of these body of cells is known as T cells which kill the bad cells, or cancerous cells, while leaving healthy cells alone. However, some cancer cells release certain antigens which are not detected by the immune system, and thus they are not attacked and cured. Immune engineering changes this – Cellectis began looking into this in 2011 and discovered how to change the way T cells (essentially the fighting cells of the immune system) behave by injecting them with a virus which reconfigures the DNA instructions assigned for the T cells. This means that the antibodies have the capability to be ‘aimed’ at the blood cells which are sick in leukaemia.

Furthermore, Cellectis have managed to find T cells which are universal in all people irrespective of blood types and so on. Beforehand, patients like Layla would run out of natural T cells produced in their own bodies, but also their bodies would reject another person’s T cells. Cellectis have found a way around this problem by having a ‘universal’ supply of T cells from donors. The company can still input their own DNA to program the cell on how to behave i.e. which cancerous cell to attack, but also via gene editing can change the receptor of the T cell which otherwise could attack cells that would not be good for the patient.

What does immune engineering mean for the future?

Obviously, the greatest thing that immune engineering could mean for the future is the early end of a vast array of cancers, most notably leukaemia. There would be a different approach to combatting blood cancers like above and ‘solid’ tumours like breast cancer. However, there are further uses to this line of treatment. With a greater understanding of immune cells and the harnessing of giving these cells targeting instructions, there is the distinct possibility of fighting any other disease. Examples cited for this are HIV and autoimmune diseases like arthritis and multiple sclerosis. The human immune system is amazingly good at fighting a whole range of illnesses, and if this power can be properly utilised through a better understanding then it will not just be several cancer illnesses which may be at an end in the near future.[/fusion_text]

An innovated individual with a passion for the digital world.